I would like to share some screenshots from my smartphone, which i have used with Smart Launcher since i bought Nexus 4. In previous Android smartphones i used traditional launchers such as Trebuchet, Touchwiz, Sense, Nova, Go Launcher etc. Each of them has its own unique features, but all of them are traditional, home screens with horizontal slides, and menu with same slide. To be open i got bored with same effects and i hadn’t been able to optimize my home screen to satisfy me. I did experiments every day, reorganizing screens, folders etc. Then i heard about Launcher 7 and Launcher 8 which is copy of Windows Phone 7-8 Metro UI solution. And i used both of them. First days i liked them, but then i felt that it is too primitive solution for smartphone, and with using it you can not feel your device is smartphone. I realized that i need space in homescreen, space+icons. Metro could not give it. When i switched to Nexus 4, in play store i discovered smart launcher, and from that day i have been using it with great pleasure.(>3 monthes)  It has nearly everything what i need. No horizontal slides in home screen and menu screen, smart categories to access apps easily, widgets screen. But it also had some limitations in some features. But coming updates solved it soon.

I am sharing some screenshots from my Nexus 4 with Smart Launcher Pro.

1. This is home screen. Only one screen, and flower circle for apps. 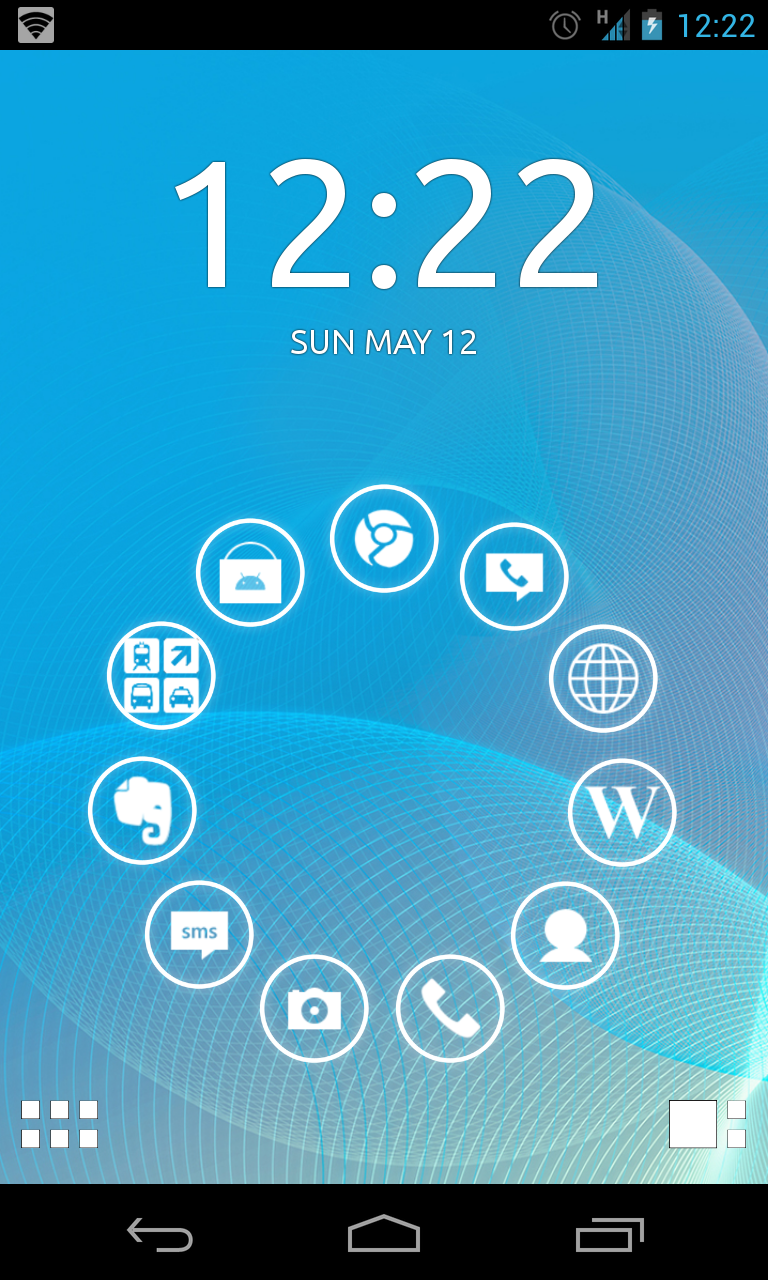 2. This is apps menu. With fully customizable smart categories 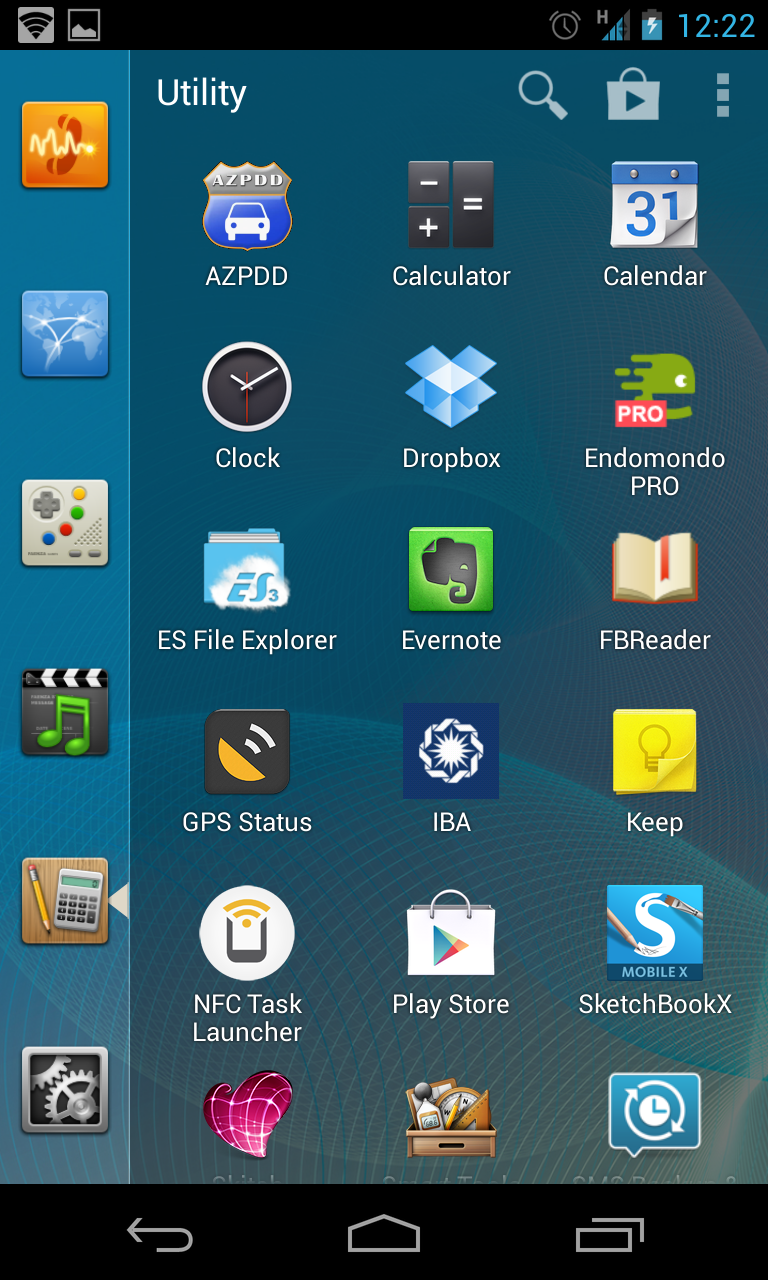 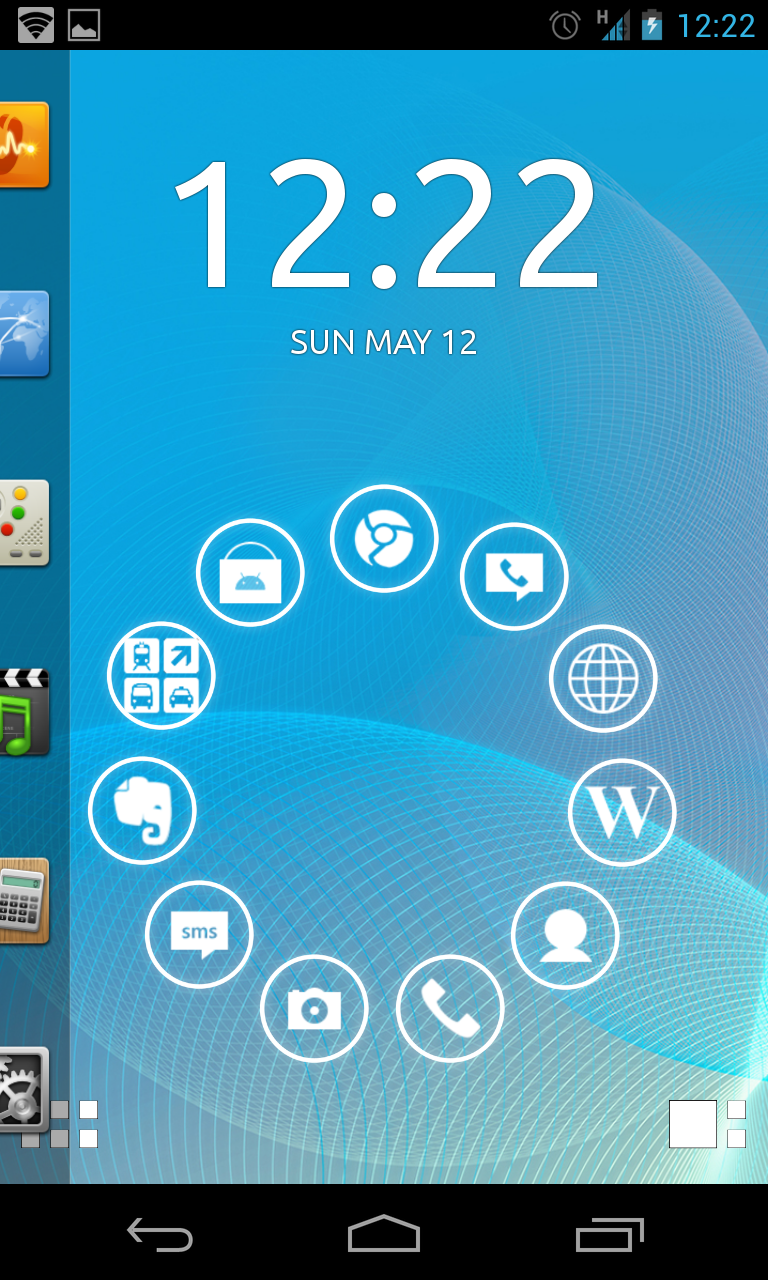 4. This is widget screen. Which is not mixed with home screen, completely indepentend.(And the only part of the launcher which supports horizontal slide. We can create 1 to 6 widget screens here) 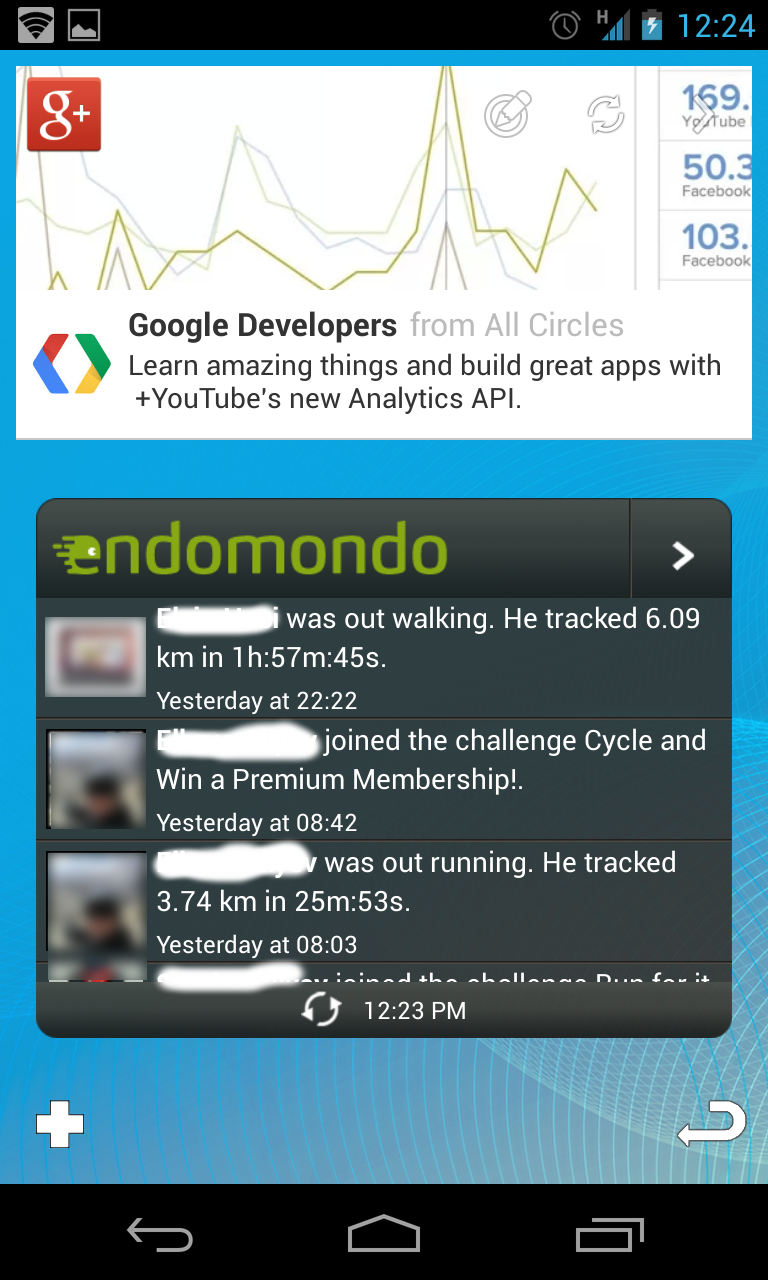 5.  This is launcher preferences screen. We can customize the launcher here. For example using it i changed icon pack and theme and got more beautiful view. 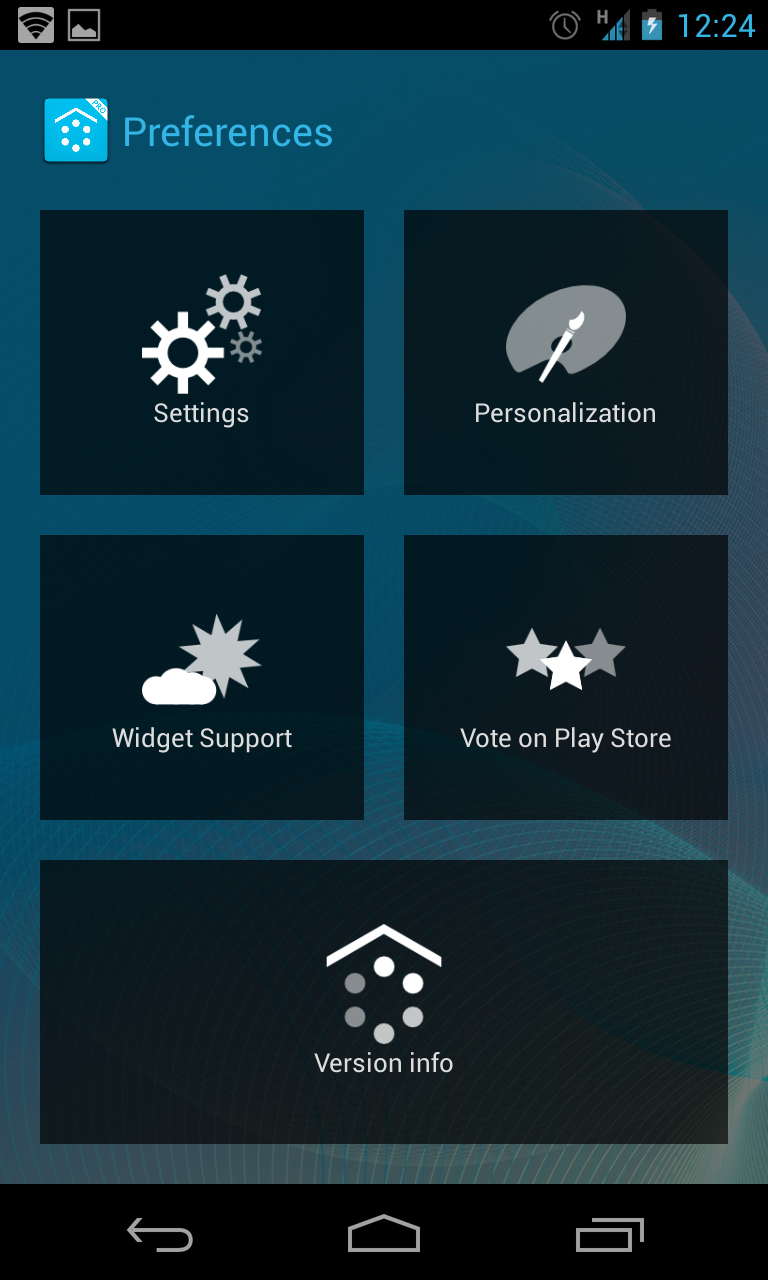 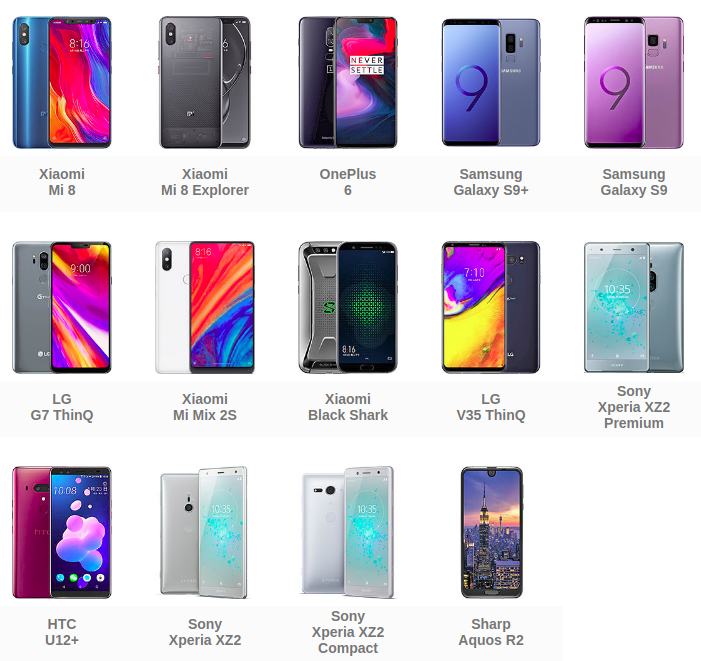